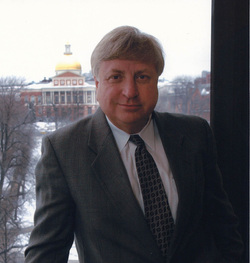 Mr. Morris is a renowned trial attorney. Because of his skills as a litigator, Mr. Morris is frequently retained as counsel in significant personal injury matters.

Mr. Morris is a member  and former Chairman of the Massachusetts Inspector General Advisory Council, a position to which he has been nominated by five successive Speakers of the Massachusetts House of Representatives and appointed by four successive Attorneys General. He is also a gubernatorial appointee and serves as chair of the Massachusetts State College Building Authority. Mr. Morris has served on the boards and as an officer of various business and industry associations. He is a recipient of the Certificate of Outstanding Service to the Commonwealth.